Ru
En
Main About VR-teaser Authors Participations Where to see Contacts
Ru En
"Horeku. The stories of the Tuhard tundra" is a multimedia anthropological art project. While working on the project, the artists made two expeditions to the Tukhard tundra to live with nomadic reindeer herding Nenets family. During two periods in April and August, 2019, they spent about a month in the tundra talking with nomads and collecting audio and video material. For filming, in addition to traditional cameras and recording equipment, VR cameras were used. As a result of our co-living and communication with locals a VR-film and installation was created. This work consists of two parts. The first part is an installation made of buckskin, cotton, and wood. Inside, visitors can watch a VR-film, and at the same time touch and physically explore the fur and the cotton — the essential materials of Nenets` life. The second part is a movie projected on the outer surfaces of the installation`s walls. The VR-film and the movie are united by a common audio track which is composed of the stories by Vasilina Kayarina, the head of the family. Artists recorded those stories in the course of our stay with the Kayariny-Palchiny family in tundra. In the course of working on the project, it was important to convey Vasilina's stories as fully as possible, and invite her family to become co-authors of the projects. That's editing procedures were minimized.

The VR-camera view is still unusual for us, and has not yet become part of the visual language of mass media, politics, journalism, and other agents that speculate on media images. This situation has become the basis for working with the material and rhythm of the film: the camera observes everything that's happening around, without allocating priority images with a picture frame. Editing is minimized, its rhythm refers to the tradition of "slow cinema" (Tarkovsky, Martel, Diaz, Kote and other directors). The meaning is being produced through an overlay of the visual imagery and the narrator's speech. Sometimes the video illustrates the story, sometimes it diverges from it, thus allowing the viewer to complete the image herself or himself. Due to the lack of the offscreen space, which is an integral part of traditional cinema, it is difficult for the viewer to associate him or herself with a cameraman, or any subject at all. The process of identification is situational and free: sometimes the viewer associates him or herself with the interlocutor of the depicted people, sometimes with a deer in a herd, sometimes with an inanimate object or a disembodied creature. Such identity blurring is typical of folklore. Thus, the artists find an unexpected correspondence between the traditional society's art imagery and ultra-modern media. 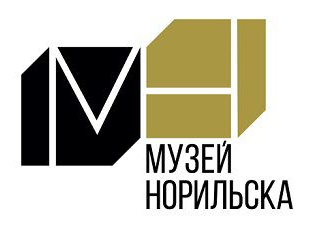